Recently, the University Of Nairobi made headlines with news that it had come up with a solution to ease traffic congestion on roads.

The “Bike Share Challenge”, a program sponsored by UN Habitat, UON and the Nation Media Group was launched and started running in the University’s Main Campus.

Under the program, one can borrow a bike, ride it for an hour for just ksh 40 with the condition that you must leave your national ID to be picked upon returning the bicycle. This is in order to prevent theft.

At a time when Nairobi has been ranked the second worst city in the world on traffic congestion, such a move is welcome news and should be taken up by locals in and out of the city.

According to the Serbia-based website numbeo.com, Nairobians spend 62.44 minutes in traffic, thus leading in the top five cities in Africa with the worst traffic.

The lack of a proper transport system in the city has been blamed to an increase in the number of personal vehicles largely due to the ease with which one can acquire a vehicle and poor designs of roads providing bottlenecks that are a major contributor to jams. 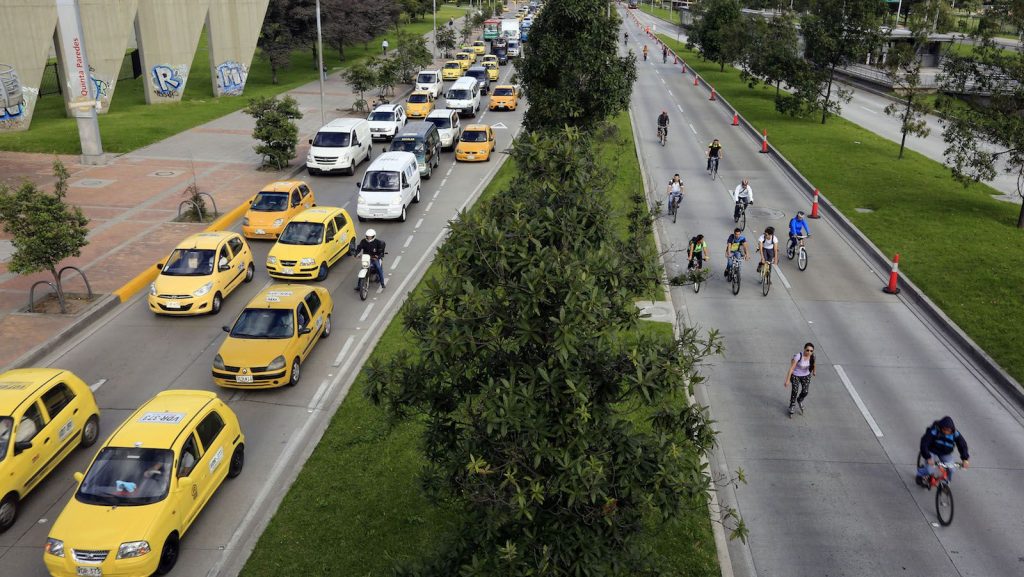 The governments strategy has been to build or expand key roads around the city such as Outer Ring and Ngong Roads, and building a number of key terminuses outside the city centre to serve matatus, which would not have to reach the city centre e.g ParkRoad/Ngara for matatus in the Central Kenya Region, Pangani (under construction) and Muthurwa (currently overrun by hawkers).

While all these will definitely result to reduced traffic, we still have the issue of air pollution by gas emissions. A bike sharing system offers a sustainable solution (both from an environmental and financial standpoint) to the urban problems linked to pollution and traffic.

The Bike Share Challenge can be scaled and rolled out across counties with the concept being to provide free or affordable access to bicycles for short distance trips within an urban setting as an alternative to motorized public transport or private vehicles.

It can be used to solve the last mile problem and connect users to public transit networks, once we cordon off the city centre from public service vehicles.

It would be most preferred as opposed to owning your own bicycle since one does not have to worry about theft/vandalism, parking or storage and maintenance requirements.

It is also good exercise for the cyclist. It can be rolled out as a government initiative under a public private partnership and offered at a subsidized price to the general public.

Sustainable Building And How To Adapt To Climate Change

Re-Imagining Public Spaces in the wake of Covid19

Green Spaces Are An Endangered Species In Today’s Concrete Jungles

Waste Management: Time To Take Out The Trash

Why Our Cities Can’t Handle A little Rain.